Professor John Donaldson standing down after 21 years’ service with WAMITAB 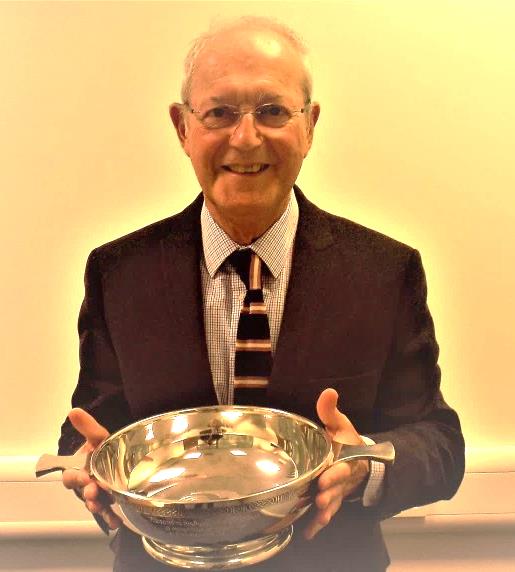 Professor John Donaldson has recently retired as President of WAMITAB having served for over 21 years, first as Academic Vice President and latterly as President.

John’s contribution to WAMITAB cannot be underestimated, it would be fair to say that without John’s consistent level-headed support and direction WAMITAB would not be in the strong position it is today.

John’s achievements as an academic in the field of chemistry and waste management have been outstanding. His firmly held belief that the industry needs an independent skills body has been reflected through many years of service and evidenced by the continuity of WAMITAB.

Commenting, Chris James, CEO at WAMITAB said: “We have been very fortunate to have John’s support and insight to help to guide WAMITAB’s development. Sadly, WAMITAB does not have the powers to confer fellowships, companionships or knighthoods and instead we simply and humbly thank John for 21 years of service and express the hope that he keeps in touch.”

Professor John Donaldson (BSc, PhD, DSc, CSci, FRSC, CChem, Hon FCIWM, FRSA) is a Professor Emeritus of both Brunel and City universities and is currently a visiting professor in the Department of Civil and Environmental Engineering at Imperial College. Following lecturing appointments in chemistry at the University of Aberdeen and Chelsea College and as a reader at the University of London, John’s professorial career began in 1980 at City University. He moved to Brunel University in 1990 where he set up the centre for environmental research, which gained a worldwide reputation for postgraduate training before his research arm of the centre with Professor Sue Grimes moved to Imperial College. More than 100 researchers have obtained doctorate degrees working under his supervision, over 30 post-doctoral workers have worked in his laboratories and he has published over 250 scientific papers.

This website uses cookies to improve your experience while you navigate through the website. Out of these, the cookies that are categorized as necessary are stored on your browser as they are essential for the working of basic functionalities of the website. We also use third-party cookies that help us analyze and understand how you use this website. These cookies will be stored in your browser only with your consent. You also have the option to opt-out of these cookies. But opting out of some of these cookies may affect your browsing experience.
Necessary Always Enabled
Necessary cookies are absolutely essential for the website to function properly. These cookies ensure basic functionalities and security features of the website, anonymously.
Functional
Functional cookies help to perform certain functionalities like sharing the content of the website on social media platforms, collect feedbacks, and other third-party features.
Performance
Performance cookies are used to understand and analyze the key performance indexes of the website which helps in delivering a better user experience for the visitors.
Analytics
Analytical cookies are used to understand how visitors interact with the website. These cookies help provide information on metrics the number of visitors, bounce rate, traffic source, etc.
Advertisement
Advertisement cookies are used to provide visitors with relevant ads and marketing campaigns. These cookies track visitors across websites and collect information to provide customized ads.
Others
Other uncategorized cookies are those that are being analyzed and have not been classified into a category as yet.
SAVE & ACCEPT